This is the final post in the “My Big Fat Mouth” worship series. We have explored the importance of being wise with our words because words have power. There’s a saying attributed to St. Milan which states, “No one heals himself by harming another.” Rather than using our words as weapons, we should find ways to use our words to be a blessing.

In this post, we are going to focus on something that in many ways combines aspects of complaining, criticism and lying…Gossip!

One of my favorite ways to demonstrate the way gossip spreads is by playing the old school yard game of telephone. Anyone here remember playing this game? Someone begins by whispering a statement in someone else’s ear. Then, the statement makes its way from ear to ear until everyone has had a chance to hear the news. The final person then shares the statement and it is compared to the original statement for accuracy. Many times, the final statement is similar to the original. However, similar is not the same as exact. Similar statements can leave out important details. Similar statements can distort the truth.

How many of you can identify the best gossip in your circle of family and friends? Some of our younger folks might be able to identify the person in your school who always has the dirt on everyone.

When I think of the stereotypical gossip, two names come to mind: Miss Patty and Babette from “Gilmore Girls”. If you want a message to circulate through the fictional town of Stars Hollow quickly, just mention some juicy details to Miss Patty or Babette and in no time…everyone knows. Well, they know something similar to the true story. There are times when these people come in handy – like when you want a message to spread quickly. However, more often than not, the quick spread of gossip is not beneficial.

There are times when gossip is the spreading true stories. Yet, we all know that, generally speaking, gossip is actually the spreading of rumors, half-truths and slander.

Too often, when we are on the receiving end of gossip – it sneaks up on us. We’re in the middle of a typical, small talk conversation and the next thing you know, we’re talking about Bubba and Bertha’s relationship.

It’s like my relationship with peanut butter M&M’s. Now, I want to be clear, not peanut M&M’s – those things might crack my crown. I’m talking about straight up peanut butter M&M’s. They are dainty morsels that easily defeat every ounce of self-control I possess. If I have a small handful, well, the entire party size bag will be gone in a matter of minutes. They are so good that even if I had a peanut allergy, I would dive into the bag while keeping an epi-pen close to my side! Okay, I’m just kidding…I’m not encouraging people to put their health and well-being at risk in order to enjoy the most delicious treat they may happen to be allergic to…

Just like that those delicious peanut butter M&M’s, once we get a taste of gossip, we want more!

Gossip often travels at a faster pace than the truth. Why? Because the truth is often boring. I mean, the truth rarely has the exciting and juicy details found in gossip.

I heard that Bubba is leaving Bertha. I’ve heard that he’s been doing a lot of “traveling for business” because he hasn’t been seen at home for over two weeks. I saw Bertha crying at the mailbox. I’m sure she’s embarrassed and is just falling apart. I can’t imagine what it must be like, knowing your husband has some floozy two towns over.” So, that’s the gossip.

The reality is that Bubba is really sick and has been in the hospital for three weeks. Bertha is overwhelmed, tired, and scared because she’s trying to keep the kids in school and all of their extracurricular activities, while also being there for Bubba. And, she’s not ready to talk to her nosy neighbor about it because she’s pretty sure he’ll just turn their story into a sermon illustration.

We often excuse gossip by saying, “It’s not gossip if it’s true.” Well, a statement can be true and still be gossip…if it isn’t your truth to share…if you’ve been asked to keep something confidential…if you are sharing for impure purposes. There’s a piece of advice I picked up over the years that is extremely helpful, “Everything that is said should be true. However, not everything true needs to be said.”

Proverbs 18:22- “The tongue can bring death or life…” Are our words helpful or harmful?

Proverbs refers to the one who spreads gossip as a troublemaker, Proverbs 16:28 says, “A troublemaker plants seeds of strife; gossip separates the best of friends.”

Gossip often seems harmless, but many of us have been hurt, embarrassed or even lost friendships over gossip.

Prayer request gossip…This is the Christian way to spread gossip, “Pray for Bubba. He’s cheating on Bertha with some floozy three towns over.” “Pray for Bertha. She’s been spending her grocery money on lottery tickets and the kids don’t have anything to eat.”

Gossip is often used as a weapon to leverage our position and authority to get out way. Gossip is often intentionally manipulative. It’s a tool that enables us to force our will on another.

Many times, gossip is the result of unresolved conflict. So much of our conflict remains unresolved because we do a poor job of taking the advice of Jesus when it comes to conflict resolution. In our Scripture reading, Jesus calls us to go directly to the person with whom we have an issue. If that person does not respond, we are called to gather a couple of trustworthy witnesses to accompany us. If that doesn’t work, we bring the person before the community of believers.

Unfortunately, that’s rarely how it plays out. More often than not, rather than approaching someone directly, we talk to anyone and everyone (other than the involved party) who will listen.

When it comes to gossip, I learned a valuable lesson from the NBC sitcom 30 Rock. Whenever things start to get out of control, when things go haywire, when inaccurate messages are being shared, characters will boldly proclaim three simple words, “Shut It Down”.

Taking this advice to “shut it down”, I find myself growing in my ability to practice Biblical conflict resolution and avoiding gossip. If I receive anonymous criticism, I tap into my inner Jay-Z and recognize that I “gotta get that dirt off ya shoulder.” If a person doesn’t sign their name to a critical letter – it goes into the recycling bin. Sure, there may be some truth in the critique, but if someone isn’t willing to stand behind their critique, it isn’t worth our time.

When I receive “people have said” messages, I listen and then do a couple of things. First, I ask for the names of the people so I can follow up and address them directly. Then, I ask the person to go back to the people and tell them to come to me directly. After all, that is the way Jesus told us to handle conflict.

Here’s what I’ve experienced over the years, “People” generally means “I”, but we don’t want to have to own up to it. Or when “people” really does mean “people” 99% of the time, the people never approach me directly after being encouraged to do so. That seems to indicate that the issue might not be as important as it’s been made out to be.

This is like the greatest morning in the history of the church! Why? Because we all just read a verse that proclaims “mind your own business.” When people ask me what I’m doing…when people question my choices…when people believe that it’s their job to tell me what I should or should not say or do…I can now, with the confidence of taking a verse of Scripture out of context, proudly and boldly proclaim, “Well, 1 Thessalonians 4:11 would tell you to mind your own business. In addition to that, Proverbs 21:23 says, “Watch your tongue and keep your mouth shut, and you will stay out of trouble. So, mind your own business and keep your mouth shut!”

Isn’t that great? Aren’t you glad you joined us this morning? I mean, we’ve had references to the Gilmore Girls, 30 Rock, Jay-Z, and now we’ve just been told we can tell others to “mind your own business and keep your mouth shut!” Well, slow down there…

Hebrews 12:14-15 encourages followers of Jesus to “Pursue the goal of peace along with everyone—and holiness as well, because no one will see the Lord without it. Make sure that no one misses out on God’s grace. Make sure that no root of bitterness grows up that might cause trouble and pollute many people.”

I’m going to sound like a broken record…which some of our younger folks may not understand…so, I might sound like a playlist stuck on repeat…but sharing the love, grace and hope of the Good News of Jesus Christ with the world around us is just too important of a call to be sidetracked by gossip.

When we are tempted to spread gossip. Shut it down.

When others share gossip with us. Shut it down.

Listen there may be some toxic gossipers in your circle of influence that you need to distance yourself from. Proverbs 20:19 says, “A gossip goes around telling secrets, so don’t hang around with chatterers.” Don’t be fooled, your favorite source of gossip is most likely spreading stories about you too!

Rather than talking about another, talk directly to that person.

As we conclude the “My Big Fat Mouth” series, I hope we will understand that our words have power. I pray that we will think before we speak, asking ourselves, “Is what I’m about to say true; is it helpful; is it inspiring; is it necessary; is it kind?” If it isn’t true, helpful, inspiring, necessary or kind, maybe it doesn’t need to be said. 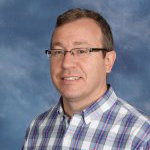