A recent article in the New York Times shared that “a judge in Virginia handed down an unusual sentence after five teenagers defaced a historic black school house with swastikas and the words ‘white power’ and ‘black power.’ Instead of spending time in community service, Judge Avelina Jacob decided the youth should read a book. But not just any book. They had to choose from a list of ones covering some of history’s most divisive and tragic periods.”

Here are a few of the thirty-six choices offered to the teens: 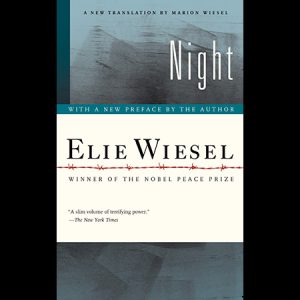 One of the teens wrote in his follow-up essay: “Everybody should be treated with equality, no matter the race, religion, sex or orientation… I will do my best to see to it that I never am this ignorant again.”

Words have the power to transform lives and transform the world for better or for worse—whether spoken or written in a book or on the side of a school house. This insightful judge
understood the power of words for enlightenment and more compassionate understanding. Destructive language is nothing new. It is difficult to comprehend President Abraham Lincoln’s ability to rise above the hateful language and death threats of his time or the power of words used by Adolf Hitler to convince many that murdering 6,000,000 Jews made the world a better place. And yet, there is a sense that the use of words in the social and political arena of our time has reached a new low. Name-calling seems to be considered a new art form.

In Genesis, we read that God’s creative power for good was unleashed through his word: “Then God said, ‘Let there be light’; and there was light.” What power will our words unleash in the world and the lives around us?

PS. Which of the books above have you read? Are there others you would have suggested? (Let me know at cheryl.garbe@inumc.org)